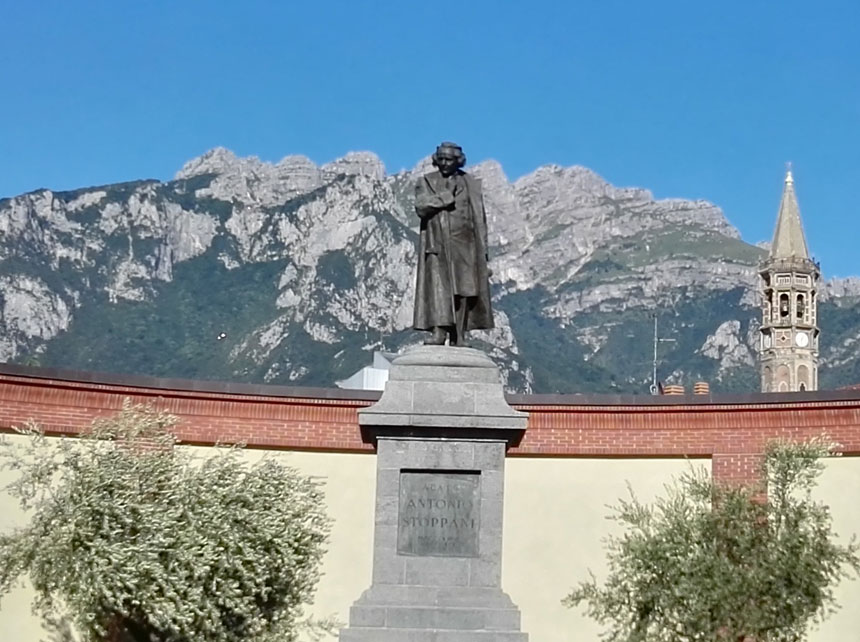 Visit the monument to Antonio Stoppani, father of the Italian Geology directly on Lecco waterfront, with Resegone on the background.

The monument to Abbot Antonio Stoppani (Lecco, August 15, 1824 – Milan, January 1, 1891) is located in the homonymous square between the Malpensata and Punta Maddalena, the most exposed point of the Lecco coast. Here the Gerenzone creek flows into lake Lecco near the golden statue of San Nicolò.
The great bronze statue of Antonio Stoppani is placed in the middle of the exedra (in the past it was a washing-room, whose access was on the backside). All the complex, restored in October 2015, embellished by two beautiful fountains and exalted by the majestic backdrop of Resegone mountain – denotes honor to Stoppani: priest-patriot-geologist-literate, born in Piazza XX Settembre.

SAVE THE DATE – September 25, 1927: a memorable day for the city of Lecco, in fact the monument to Antonio Stoppani was inaugurated in the morning, while in the afternoon the monument to Mario Cermenati (in the same name square), who was a brilliant pupil of Stoppani and then his continuator in the development of Italian geology and paleontology.
It should be remembered that the monument to Abbot Stoppani (author of “The Beautiful Country” – original title “Il Bel paese”), father of Italian geologist, pioneer of oil research in our country, was not in the current position (where it was moved in 1934), but more ahead, where now there is the monument to the Sailors of Italy.
At that time there was no lakefront road (built only in 1933), and the whole area was the large Piazzale dei Mille. The statue of Stoppani originally was placed in the area where nowadays you see the monument to the Italian Fallen Sailors, and Stoppani looked at his beloved mountains, precisely Resegone.

The bronze statue is tha artwork of the Milanese sculptor Michele Vedani (1874-1969), while the base was designed by the Lecco architect Mino Fiocchi.

At the Monumental Cemetery in Lecco, it is possible to visit the chapel that houses the remains of Antonio Stoppani, who was the promoter and organizer of the monument to Alessandro Manzoni, inaugurated on October 11, 1891. With that monument Abbot Stoppani wanted to be fixed with tenacity of bronze, and became common in the new Italy of the Risorgimento, the deep link between Lecco and his poet, Alessandro Manzoni, who always considered Lecco his true home town. 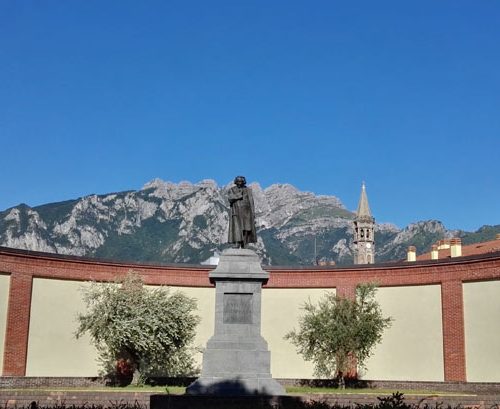 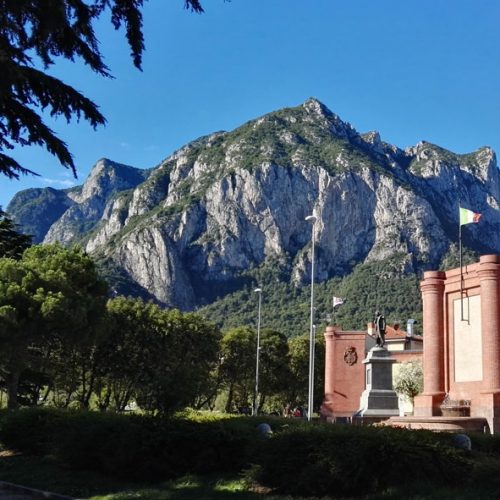 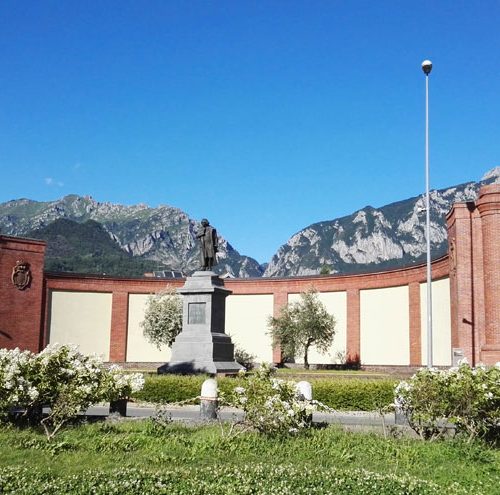 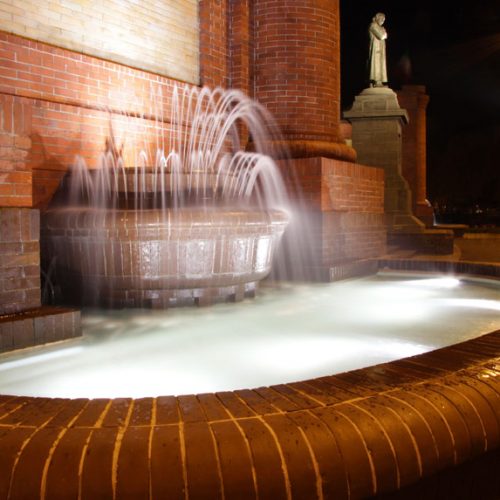 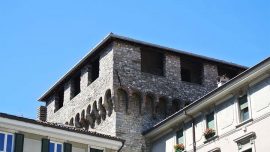 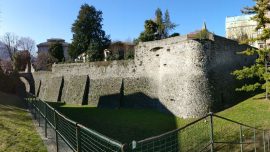