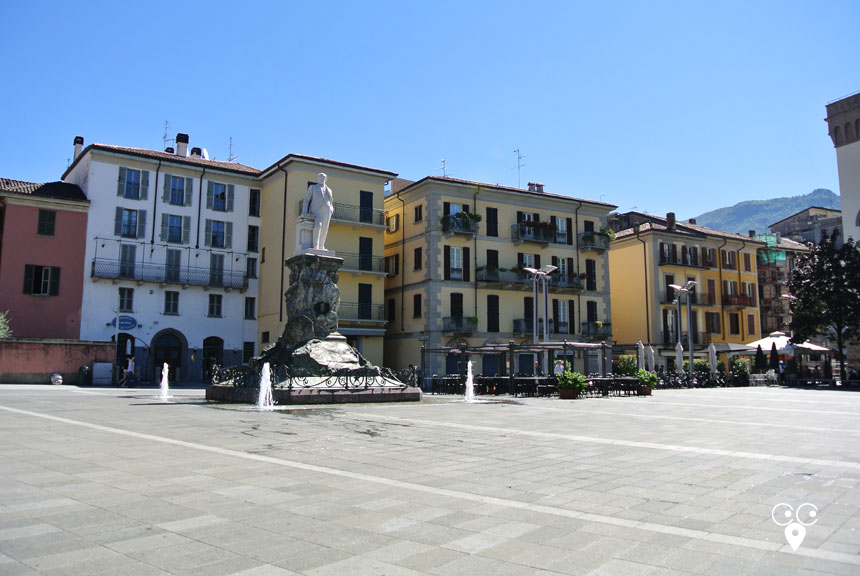 A versatile figure, a strict relationship with Abbot Antonio Stoppani. The same passion for geology and love for the mountains of Lecco.

The monument to Mario Cermenati is located in the square of the same name overlooking the gulf of lake Lecco, right in the square that once was the port of the medieval fortified village Lecco.
Behind Piazza Cermenati you see the staircase to the Basilica of San Nicolò and if you take a picture, on the background you have the great bell tower of the Basilica and the mountain San Martino.
Just in the middle of piazza Cermenati there is the monument to Mario Cermenati, one of the founders of the Civic Museums of Lecco, together with Carlo Vercelloni.

Cermenati’s figure is closely linked to one of the Abbot Antonio Stoppani, who considers the latter as his master. Both have the same passion for geology, and Cermenati is the first Italian chair of science history at the University of Rome after having been the chair of the volcanology one.
Lover and connoisseur of Leonardo da Vinci, he collected a large number of publications on the Leonardian genius so as to constitute a library of all respect about him, which unfortunately went missing after his death.
Mario Cermenati was a very versatile person, in fact  he was also deputy to the Italian Parliament, with governmental role in the field of agriculture.

The monument to Mario Cermenati

A figure that the citizens of Lecco wanted to remember by dedicating him the monument standing in the square, which is not the actual marble one you see by Francesco Modena (1882-1960).
At the origin the commission for the creation of the statue entrusted the roman sculptor Mario Rutelli (1859-1943), author of the Fontana delle Neiadi in Rome. The original statue was made by bronze and the Cermenati was depicted in an upright, oratorical position with the left hand on the chest and the right protruding forward.
The base instead has remained intact and features the rocks, so much beloved by Cermenati for his passion for mountains and geological studies.
Just in these rocks we can read an epigraph dictated by Giovanni Bertacchi who reads:

“Mario Cermenati the love of great nature  fertilized in the cult of science. He, as legislator and patriot, glorified the liberal Italic spirits. He translated the candid sense of life into generous affections. Worthy to live perennial in bronze, in intellect, in hearts / 1868-1924. “

Inauguration in the afternoon of 25th September 1927. It had a fence, which was then been replaced by the current square fountain. The bronze statue was removed and fused when the Second World War broke out. It was then substituted with the marble that we see nowadays.

Curiosity – on the same day, 25th September 1927, on the morning there was the inauguration of the monument to Abbot Antonio Stoppani. A beautiful symbolic sign that unites these two important figures of men, citizens of Lecco, to whom we have to be proud for.
Cover’s image  © eccoLecco 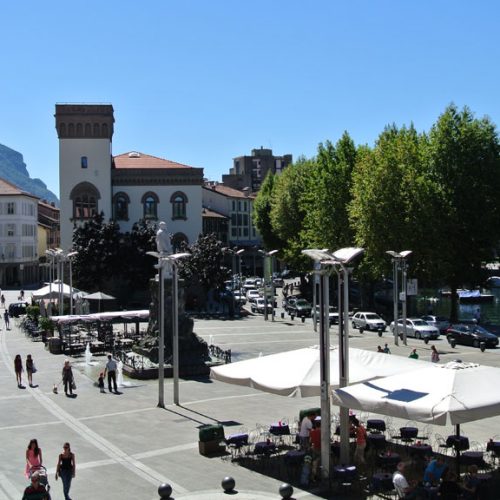 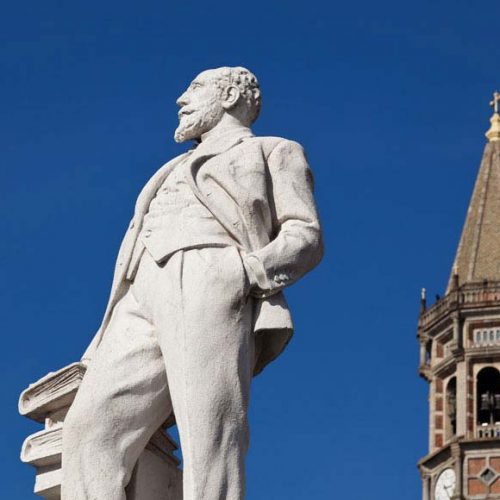 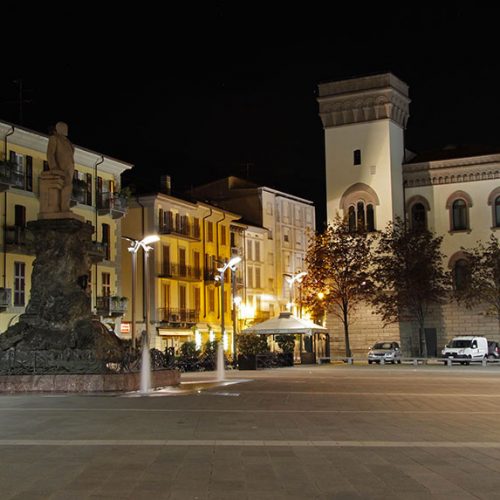 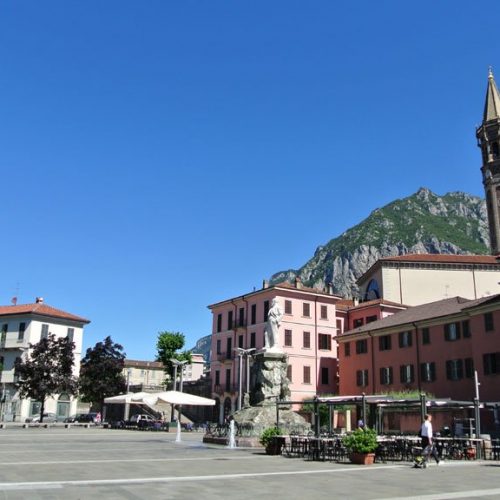 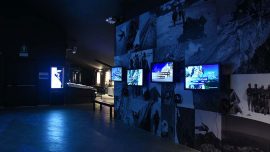 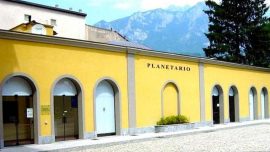 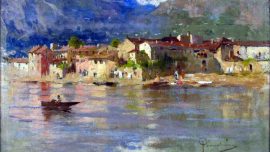